Taking the skills superhighway with bmJV

Susan Fletcher had been in banking for 26 years before she decided to make the leap into construction. When she became project skills co-ordinator on a major civil engineering job with BAM Nuttall, it was in at the deep end.

“You’d think there wouldn’t be much in common between the finance sector and a smart motorway installation on the M1,” she says.

“But at the bank I developed plenty of experience in training, looking for skills gaps and finding ways to plug them. And that was the perfect grounding for this job.”

The project was a joint venture between BAM Nuttall and Morgan Sindall (operating together as bmJV) to improve infrastructure on the M1 and M62 near Leeds. The installation of a smart motorway allows drivers to use the hard shoulder as a running lane and uses variable speed limits to control the flow of traffic at busy times.

The trouble was, however, a worsening skills shortage that threatened its delivery and the delivery of other projects like it across the sector.

“We could see the effect that the economic downturn was having,” Susan says. “People were leaving the industry and not being replaced with new recruits.”

The solution was a two-year strategy to use the Nationals Skills Academy for Construction (NSAfC) Employment and Skills Plan model as a training platform – one of the first on a Highways England project.

Susan’s task was to meet targets (key performance indicators or KPIs) agreed with CITB as part of the NSAfC framework, including work experience, graduate recruitments, apprenticeship starts, and specialised training for subcontractors.

“The first week was about getting to know the stakeholders, project managers, subcontractors and supply chain,” Susan says. “A colleague in London who’d done it before talked me through the jargon and showed me the ropes – that was invaluable. 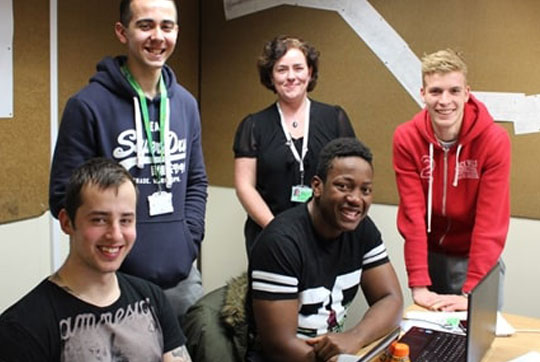 Impact: A lasting legacy in the community through jobs, skills, training, inclusion and engagement

Hints and tips: “Understand your priorities. Find a good training provider and sort out your apprentices early to get them on site.”

“Not only did the project finish on time, but we created a lasting legacy in the community.”

“I developed a programme of one-day training events for subcontractor supervisors, leaders and managers. The courses covered everything from stress management to employment law to health and safety. Promoting best practice at the top helps it filter down to the wider workforce.”

Links with the community

“Establishing a good link to Bradford College and local schools was crucial. We held presentations and interactive sessions, and encouraged work experience placements on site. The great feedback we received showed we had promoted civil engineering to a diverse community.

“We also had general operative apprenticeships, the lifeblood of our workforce, and apprentice technical engineers. Two of which were female engineers. It’s great to see all of them flourishing now, making the most of the opportunity.”

“At the end of the two years, we’d met or exceeded all of the targets. Not only did the project finish on time, but we created a lasting legacy in the community.

“We built capacity and capability and produced measurable benefits for the local economy, recognised in our ‘Highly Commended’ award from Highways England in Promoting Diversity and Inclusion.

“We’re better engaged with our subcontractors and SME partners now,” Susan reflects. “Many local people involved either found jobs or were inspired to follow careers in construction – and the NSAfC project is thought to have contributed more than £550,000 to the sector and the community.”

“Some people were sceptical about what we were doing at the start. They may have thought it a bit ‘soft and fluffy’, but now they see its true value. We’ve sown the seeds of what’s becoming the norm.

“Following our success with this, we’re hoping to do two more NSAfC smart motorway projects in Manchester and Southampton. It’s really making the difference.”