The Apprentices: Assuring the future of the industry

Jonathan Woods has worked for Essex based business, Contour Roofing Limited, since he left school. With ambitions to develop the company, while bridging the skills gap and labour shortage in roofing, he became the owner and Managing Director in 2014. Alongside CITB Apprenticeship Officer, Nikki Parsons, The Contour Roofing Apprentice Programme quickly came to fruition, marking one of Jonathan’s first milestones as the new owner.

Jonathan is keen to spread the word about the programme, being highly invested in the training and development of apprentices, and views them as a key element in sustaining industry. Here Jonathan explains the help the programme can provide, reflecting on Reece Cooper, an apprentice who recently won the Barry & Peggy Scholarship Award.

“I first met Reece in 2016 at the Aspire Academy in Harlow, Essex when he was only 15,” says Jonathan. “The aim of my visit was to talk about the government apprenticeship route and of course, the opportunities available in roofing.” 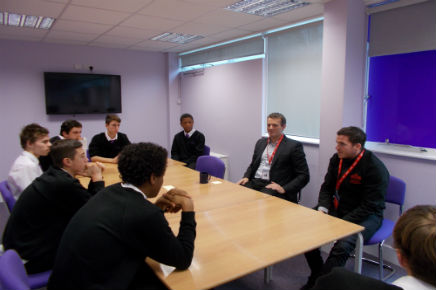 “They weren’t bad kids and, in some cases, had been let down and gone through some harrowing and distressing experiences,” says Jonathan. “Reece Cooper sat to my left and what struck me was how attentive he was throughout the whole presentation. I just knew this was a boy who wanted an opportunity and was not going to let it slip.”

This was an important opportunity for Reece, having lost his father to cancer just a few years ago, this acted as a catalyst for the struggles he later experienced, particularly at school. However, still only 15 years old, Jonathan explains how he was unable to take Reece on as an apprentice just yet.

“He had to stay in school until the following year when he turned 16 but I didn’t want Reece to lose hope,” says Jonathan, “We came up with a solution that would allow Reece to have scheduled H&S training and supervised training at our offices, with permission of the school.” 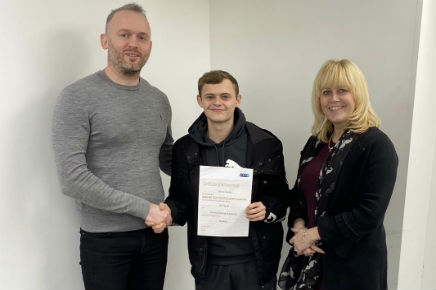 Speaking of the opportunity, Jonathan says, “Reece ripped both my arms off and in 2016, became the first person at Contour Roofing to achieve a Level 3 in First Aid, which for a 16-year-old is pretty impressive.”

With all the enthusiasm and many core skills already in place, Reece started his apprenticeship with Contour Roofing in 2017. He attended the National Construction College (NCC) in Erith, Kent while also learning practical skills on-site with his mentors.

“Reece Cooper is a testament to himself, his family and Contour Roofing, and we are all very proud of him.” Jonathan adds, “What Reece is achieving here at Contour Roofing is ground-breaking. In the coming year he’ll be able to make a living for himself as his own boss.”

Apprenticeships are essential to safeguard the future of the construction industry amid the skills shortage. View our Urgent Messages to discover the measures CITB has taken to support apprentices and their employers during the Covid-19 outbreak.